Mega label Burberry recently announced that they are delegating a prestigious and much sought-after photography assignment to a 16-year old kid. 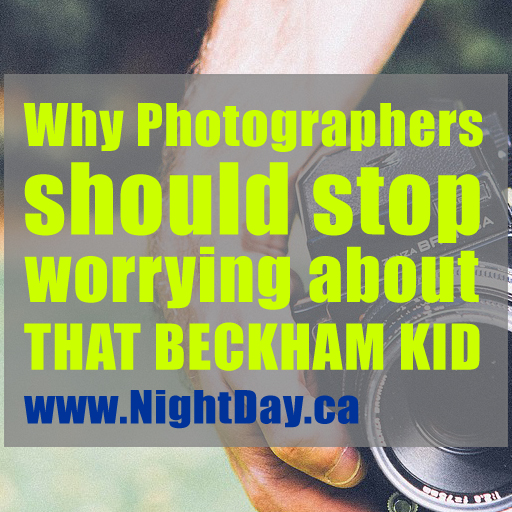 But not just any kid. Brooklyn Beckham is the privileged offspring of none other than soccer legend David Beckham and pop icon Victoria Beckham (also known as Posh Spice).

The fashion photography community is – not without good reason – in uproar. They’re angry and frustrated that Burberry would trust someone so young and presumably inexperienced with the social media campaign for their fragrance.

Many fashion photographers are mad. And maybe they should be. They worked hard to get where they are. They’ve invested time and serious money in their business. They’ve paid their dues living off of artist wages while waiting for their big break and in comes this kid…

But here’s the thing. It’s not about the photographs.

No really, it has nothing to do with the photographs.

In other words, Brooklyn Beckham comes with a built-in following that is in perfect alignment with Burberry’s brand.

So there you have it. A brutal assessment of the world we live in. Photographers, you didn’t lose a gig. That gig was never yours to begin with. In this one, isolated, particular instance, the client doesn’t want what you’re selling.

As entrepreneurs, freelancers, business people, solopreneurs, it’s our obligation to figure out how we can best serve our client. And for the record, I don’t think Burberry is ever going to stop hiring seasoned photographers. But in this case, the 16-year old best serves the client’s needs.

So what to do?

Adapt. Photographers, you’re business people. You’re artists. You adapt every day. Otherwise you’d be sitting behind a desk moving paper around like everyone else. Find a client who has needs you can fill. Or learn how to fill your client’s needs.

Is it hard to do? Yes. But it beats pushing paper. You got this.

If you’re ready to take your business blog to the next level, check out my FREE eBook, “How To Blog Like An Entrepreneur” here…