Last week, the charity Invisible Children unleashed their viral video, Kony 2012. If you haven’t yet seen the 30-minute documentary, you’ve probably at least heard of it by now: so far, the video has received over 74 million hits on YouTube and has raised over $5 million.

While all this unprecedented attention has garnered some criticism (which you can read all about in the National Post) a couple of things are clear: 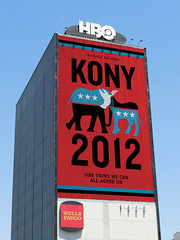 Invisible Children is reportedly planning on releasing a 10-minute follow-up video on Monday, to address the criticisms and concerns raised by the first video. Agree or disagree, count on the world to be watching and the discussion to be heated. Either way, mission accomplished: Kony is famous.